The one-day European Finance Association Doctoral Tutorial (EFA-DT) is an intensive and competitive session designed for PhD students in Finance who are nearing the end of their doctoral thesis and will soon be on the job market. Interested students apply in advance by submitting a single-authored paper and supporting documents (as per the relevant guidelines and deadlines posted) and eight PhD student papers are selected for presentation and discussion. The well-established EFA-DT is frequently held in parallel with the EFA Doctoral Workshop (EFA-DW) on the same day the EFA Annual Meeting officially starts, preceded the evening before by a networking welcome dinner.

The reputation of the EFA-DT as an event of excellence in its own right firmly establishes it among the 3 main pillars of EFA's success: | the EFA Annual Meeting || the Review of Finance (EFA's own journal) || the EFA Doctoral Tutorial |

Successful applicants receive a stipend of €1,000 to help cover EFA membership, registration to the Annual Meeting and travel costs. 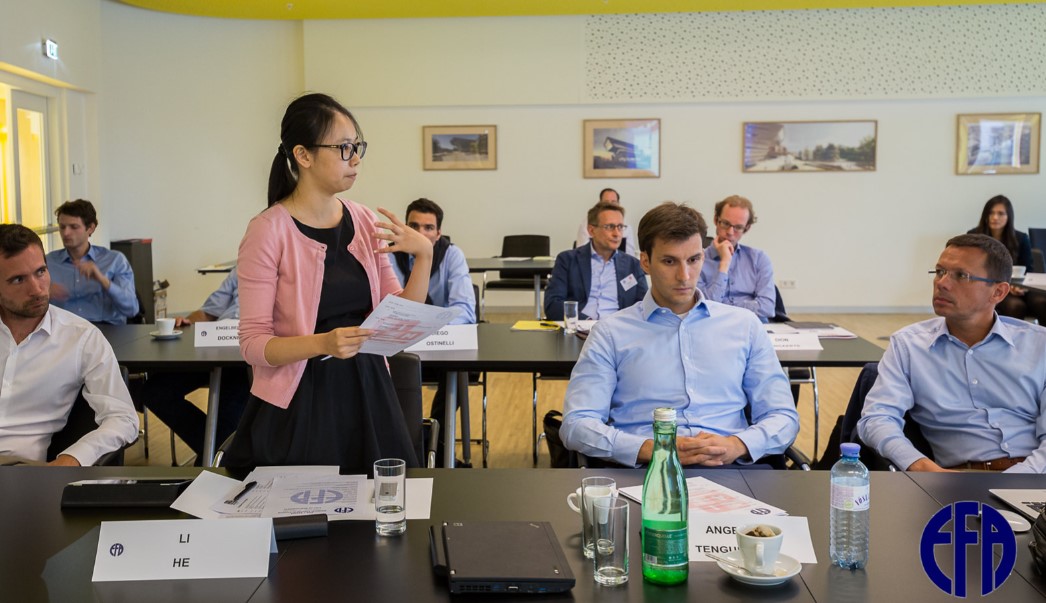 In 2022, the winning paper was 'The Adoption of Artificial Intelligence by Venture Capitalists' by Maxime Bonelli (HEC Paris)

In 2021, the winning paper was 'The Gender Investment Gap over the Life-Cycle'
by Annika Bacher (European University Institute (EUI))

In 2020, the winning paper was 'Endogenous Risk-Exposure and Systemic Instability' by
Chong Shu (Marshall School of Business, University of Southern California).

EFA gratefully acknowledges the invaluable contributions of those notable Faculty participants selected as subject-specialists for the EFA Doctoral Tutorial in Finance, who alongside the EFA-DT co-chairs generously volunteer their time and energy to share their professional expertise with up-and-coming PhD students by actively participating in this important EFA educational initiative – thereby helping to shape the future of the greater field of Finance.

The EFA Doctoral Tutorial has been supported in the past by the Chicago Quantitative Alliance (CQA) with an invitation to the author of the best EFA-DT paper to attend their annual conference in Chicago.

For ten years, the  EFA Doctoral Tutorial was also generously sponsored by the Nasdaq Educational Foundation (Nasdaq) whose funding contributed to the costs of organising the event between 2010 and 2019 as well as enabling a group welcome dinner thereby enhancing the social and networking aspects of the EFA doctoral events.

If you have any questions about the EFA-DT submission & application process, please e-mail phd-efa@european-finance.org.